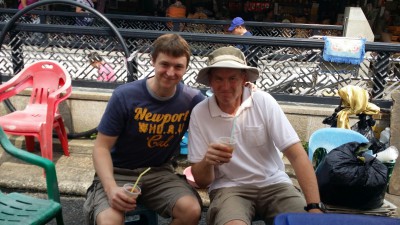 My dad was in Korea for a total of three weeks, and I was able to visit him on two separate weekends. I wish it could have been three, but I had already planned and booked a trip to Osaka during the last weekend of his stay. It’s a shame too, because he was able to come to Seoul on his last days in Korea. I know a certain filthy chicken joint he would have loved.

Over the course of his stay, we tried Korean fried chicken, dalk galbi, dumplings with sweet and sour sauce, and of course kimchi jjigae and bulgogi. He really liked everything he ate, with the exception of pajeon, makgeoli, and boiled silkworm larva. Things got a little too Korean for him at that restaurant. 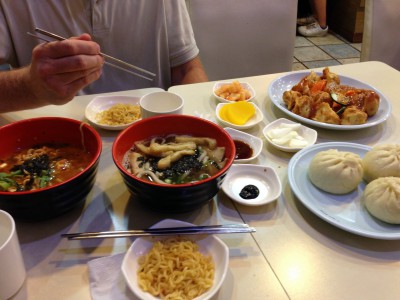 Dad getting ready for dumplings, ramyeon, and udon noodles

There’s not a lot of sightseeing to be done in Daegu without leaving the city, but Kate came down one weekend and showed us a few interesting places. We went to see a small museum, some traditional Korean buildings, and the impressive Jeil Presbyterian Church. We even randomly met one of Kate’s coworkers from Seoul along the way. It’s a small world. 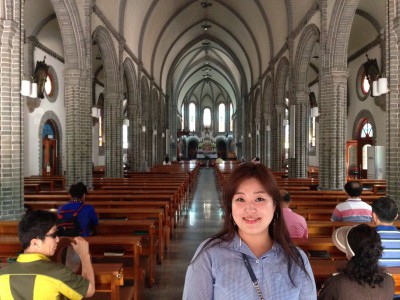 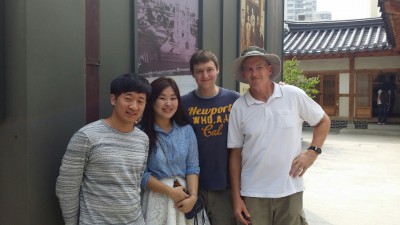 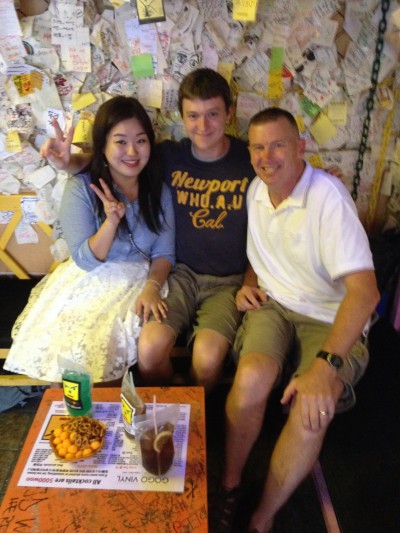 Overall, the trip was a blast. I had a great time hanging out with my dad, and it gave us a lot of time to talk about things. My dad and I have had kind of a rocky history – it had actually been four years since the last time I’d seen him. We’re certainly not as close as we’d probably both like to be, but I think it’s safe to say this trip has definitely been a step in the right direction.

I’ve lived in Korea for almost four years now. It’s a little sad to say, but none of my family back home has shown any real interest in Korean, or even Asian culture. No one has come to visit me, or has any plans to. Except my dad. This is my life now – and I want to share it with the people I love. He’ll never know how much it meant to me that he came. 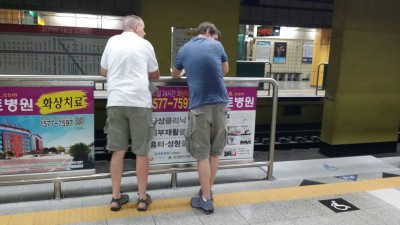 Me and my dad