My second trip to Hong Kong was even better than my first. It seems the more time I spend in this place, the more I fall in love with it. Sensory overload. That’s a good way to describe Hong Kong. I mean that in a good way, of course. It’s a city that just has so much to offer. The food, the sights, the sounds, the smells. The way the city blends into the jungle and the sea. Gucci stores next to $3 noodle shops. Ah… I’m getting nostalgic just thinking about it.

We flew into Hong Kong right after our trip to Beijing. Hong Kong International Airport is ridiculously efficient – we were in our hotel about 45 minutes after our plane landed. The bus ride over was fantastic as well, with terrific views of the harbor. We stayed at Hotel Indigo, which I highly recommend. Good location, nice views, and a pretty awesome pool. The weather was still pretty chilly in mid April, so we weren’t able to swim for very long, but they had a nice hot tub that we kept jumping into to warm up. 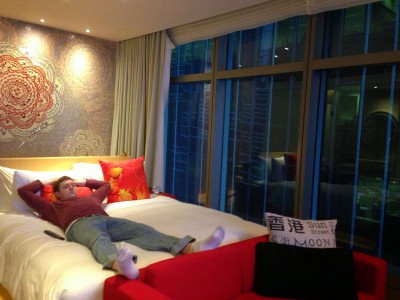 Recovering from an early flight out of Beijing 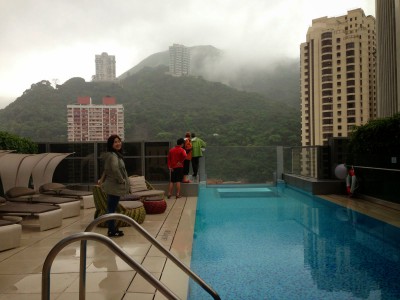 The pool at Hotel Indigo

One of the things I like most about Hong Kong is how the city blends into the jungle and the sea. You don’t have to walk very far without stumbling across a hidden park, or a glimpse of the ocean. One of my best afternoons was spent just strolling through the city on foot. Kate had decided to go shopping, so I was free to meander around the city alone for a few hours. The layout of the city, and the way it is connected through parks, skybridges, underground tunnels and shopping centers is incredible. There’s even a book about the various pedestrian paths and networks throughout the city. 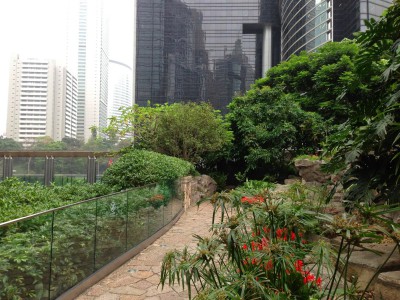 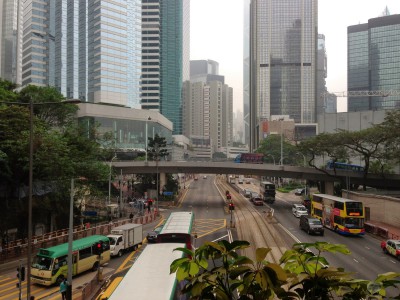 View from a pedestrian skybridge

After the first day, we met our friend Brian and his girlfriend Mari. This dirty hippy had been traveling and having the time of his life for the past few months. He had just finished up a hike to Mt. Everest base camp, hence the shaggy appearance. He changed a few flights around so he was able to meet us before he continued on to Thailand. I’m glad he could make it work – we had a great time. 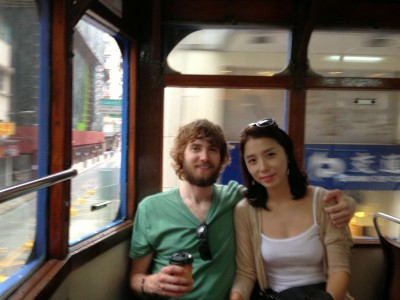 Later that night, we were lucky enough to meet Brian’s friend Pedro, who is currently living in the city. He took us around and showed us a good time. Our first stop was one of my favorite restaurants in the world, Nha Trang. I had eaten Vietnamese food a few times before, in Korea, and wasn’t too impressed. But the first time I had these noodles, I fell in love. Later that night we went out for some drinks in Lan Kwai Fong, probably the most popular nightlife district in Hong Kong. It was certainly fun, but everything was quite pricey. 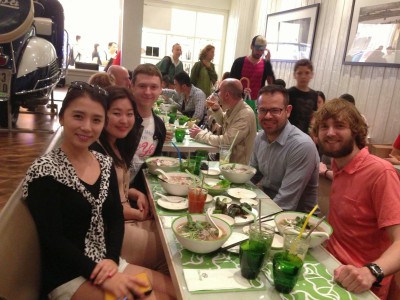 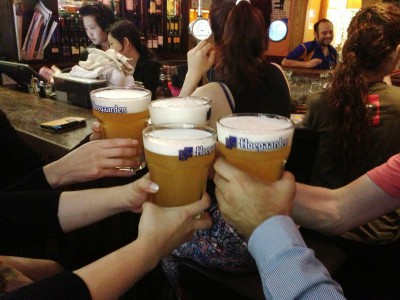 We met Pedro again a few days later for some dinner. We decided to go for some noodles at Kate’s favorite Chinese noodle shop. Pedro said he visited quite often as well. You got a little card, with a ton of checkboxes, allowing you to add whatever ingredients you liked. The menu was all in Chinese however, so it’s a good thing we had Kate, the translator with us. Pedro opted for one of the highest spice levels, and there’s no way I could have handled it. Juding by his profuse sweating, I’m pretty sure he regretted his decision as well. 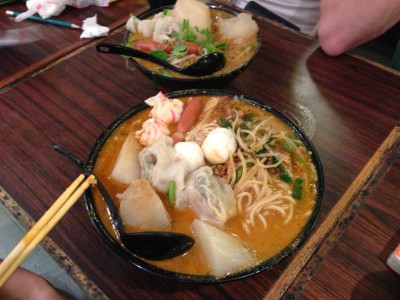 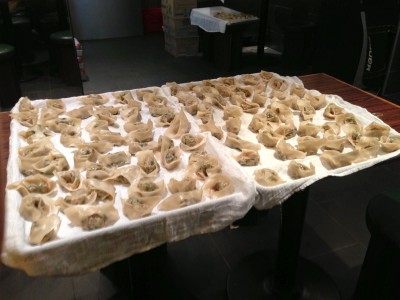 On the second floor of the restaurant, there were dumplings everywhere! 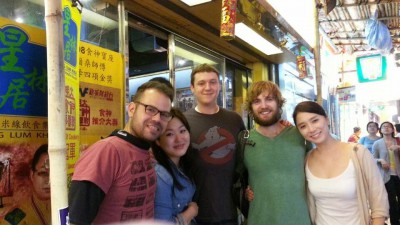 I still have a lot of traveling to do, but of all the places I’ve been so far, Hong Kong has them all beat. I was depressed for about two months after my trip because I missed it so badly. I can’t wait to go back. Who knows, maybe one day I’ll even be fortunate enough to call it home.