A few weeks ago, I was doing a little digital housekeeping, and I stumbled across some of my old screenshots and mockups from the original incarnation of Ryamar. I suppose it must have been about four years ago that I first started dreaming up gameplay ideas and tinkering with implementation concepts.

I had quite a bit of web experience, so before I even got started, I was heavily leaning towards some sort of web based game. I wasn’t a particularly big fan of Flash, but with the introduction of HTML5, going the web route was a no-brainer. Within a few months I had a semi-functional demo up and running. I had built it on javascript (a mix of vanilla and jquery, if I remember correctly), asp.net mvc 2.0, and Subsonic with MySQL for a database. Ah, the good old days. RIP subsonic.

The game’s website had a fairly robust admin component, and you could do lots of things like set character stats, choose NPC sprites, configure weapon and item stats, etc. I had implemented multiplayer, and a basic chatting system as well. All in all, it was a pretty cool setup, and I wish I wouldn’t have abandoned it.

But, alas, I made my move to Korea a few months into development, and got caught up in life. It was about a year before I stepped back into game development, and by that point I wanted a fresh start. Anyway, I thought I’d throw some screenshots up for old times’ sake. Ah, memories. 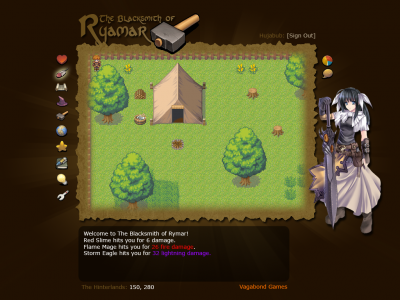 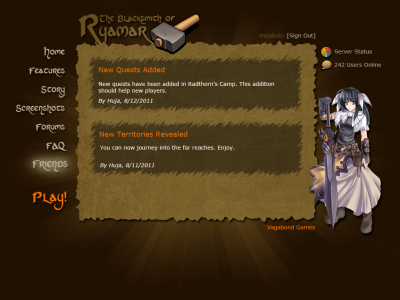 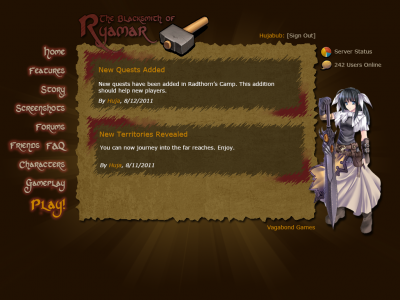 Adding some color to the homepage